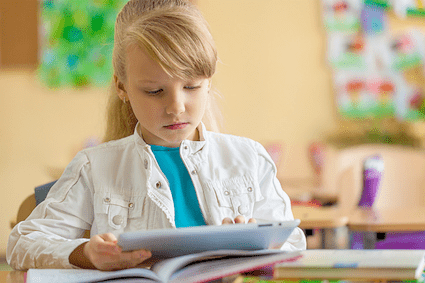 Is your child’s speech lagging behind his or her peers?

You may have heard the cliché’ “All children develop at their own pace”. Or you may have been told not to worry, just “wait and see”. After all, Einstein didn’t talk until he was three years old, right?

It’s frustrating when people expect your child to answer simple questions such as “What’s your name?” and “How old are you?” when they can’t. It’s painful to see mothers bragging about their kids’ development on Facebook while you haven’t even heard your toddler say “Mum”, let alone “I love you’.

But perhaps the most difficult part is for your child. They are unable to ask questions, share their fears or worries, articulate their emotions or feelings or tell you when they’re in pain. It hurts to see the difficulties your child is going through and not be able to make them easier.

So how can you tell for sure if your child is non-verbal or just a late talker?

Here are some clues:

If your child (between 18-24 months) has a good understanding of language, and has developed motor skills, thinking skills, playing skills and social skills but has difficulty talking, they may just be a late talker.

However, if at that same age or older they keep to themselves, don’t respond to people or sounds, have less than 50 single words and aren’t combining words into short phrases, it may warrant an assessment.

A non-verbal child may appear to be alienated, in a world of their own and struggle to make friends. This is often because they have trouble interpreting facial expressions or body language. They may also get so frustrated that they use negative behaviours (e.g. hitting, yelling and screaming) to communicate. This can result in them being labelled as naughty and parents are typically blamed for lack of discipline.

A child’s difficulty using words doesn’t mean they have nothing to say.

There are a number of ways to help non-verbal children communicate, and one of them is Augmentative and Alternative Communication.

What is Augmentative and Alternative Communication (AAC)?

Imagine not being able to express your thoughts and have people understand you.

There are several types of AAC Systems: unaided and aided; low-tech and high-tech.

Once a child starts has success communicating to someone what they need or want, working on speech sounds and expanding on communication often becomes easier.

Interventionists and researchers have long recognised that cognitive and social development are associated with the development of language.*

We are often asked if AAC will stop the child from learning to speak. Schlosser & Wendt conducted a review aimed at determining the effects of augmentative and alternative communication (AAC) intervention on speech production in children with autism or pervasive developmental disorder. It indicated that AAC interventions do not impede speech production. In fact, most studies reported an increase in speech production.

Success breeds success which means if your child starts having success with communication using AAC, they will be less frustrated and will start trying other methods that they find more difficult, such as speech.

This means that instead of considering AAC as an alternative and a last resort, it should be considered as an essential tool in treating and bridging children into functional communication. At SpeechEase, we include a variety of AAC methods, including sign, symbols and speech generating devices, in all of our sessions to give your child a toolkit to communicate while always having speech as the end goal.

AAC provides a way for children to express themselves. It also has the potential to improve their learning and cognitive skills, comprehension and social interactions; reduce behavioural issues and frustration; empower them; and increase their level of happiness and fascination with life.

For children at risk, early and intensive intervention may have a positive impact.

If you feel that your child should be assessed, give SpeechEase Speech Therapy a call for a free phone consultation on 0423 334 144.

We’re an energetic, flexible, and open-minded team who work hard to achieve positive outcomes for all our clients.