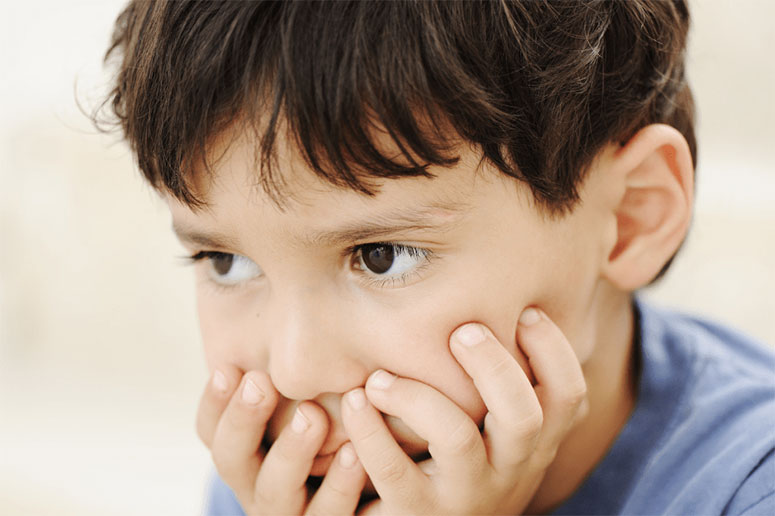 When is Non-Verbal Autism Diagnosed?

As a parent of a child with Autism, you may already have noticed your child isn’t reaching the communication and speech milestones for their age. This might leave you wondering when Non-Verbal Autism is diagnosed, and how to begin the process of diagnosis and early intervention.

In this article, we’ll be exploring Non-Verbal Autism in more depth, including the signs to look out for and what the process of diagnosis looks like.

What is Non-Verbal Autism?

Autism Spectrum Disorder (ASD) is a term used to identify a variety of neurodevelopmental disorders. These disorders have been grouped together underneath the one spectrum because they have similar impacts on an individual’s ability to communicate, socialise, develop, and their overall behaviour.

While many autistic individuals have difficulties or delays with communication and speech, there are some autistic people who do not communicate verbally at all. Recent estimates suggest that around 25-30% of children with ASD are minimally verbal, meaning they verbalise fewer than 30 words, or don’t speak at all. Other estimates suggest that around 40% of individuals diagnosed with Autism are non-verbal.

Those who are minimally verbal or completely nonverbal are often referred to as having nonspeaking Autism or Non-Verbal Autism. It’s important to note that while the meaning of the term ‘Non-Verbal’ means ‘without words’, it isn’t a completely accurate description of this condition.

Individuals with Non-Verbal Autism may still use words in other ways (such as in writing, or key word signing). They may also repeat phrases that they hear others say, such as movie characters, this is called Echolalia. When we use the terms ‘non-verbal, nonspeaking, non-speaking’ we are referring to an individual who doesn’t use the articulator muscles in their mouth to produce speech sounds decodable by their communities, not an absence of language or intent.

While Non-Verbal Autism is not a formal diagnosis within itself, it is a term used to describe what’s known as severe autism, or Level 3 Autism. Take a look at our guide to what is Non-Verbal Autism for more information.

How is Non-Verbal Autism Diagnosed?

Before a formal diagnosis begins, parents of children with suspected Autism are likely to notice signs and symptoms before the child’s first birthday. Around 80-90% of parents say they noticed signs before their child turned 2.

Some of the symptoms that may indicate Non-Verbal Autism include:

When it comes to diagnosing Non-Verbal Autism, which usually occurs in a Level 3 Autism diagnosis, it’s a multi-phase process. As a parent, it’s likely that the first healthcare professional you’ll meet with is a paediatrician who will screen your child for ASD.

During this phase the medical professional may request a variety of tests that could help rule out other possible causes. These include a physical exam, blood tests, imaging tests such as an MRI or CT scan. They may also request additional tests and reports from a variety of Allied Health Professionals including Speech Pathologists, Occupational Therapists, and Psychologists, to aid in the correct diagnosis.

Some paediatricians will refer you to a developmental-behavioural paediatrician or another specialist who has more experience diagnosing children with conditions such as Autism.

Finally, Autism-specific tests may be used to confirm the diagnosis. Tests including the Autism Diagnostic Observation Schedule: Second Edition (ADOS-2) and the Gilliam Autism Rating Scale: Third Edition (GARS-3) can be used to diagnose Non-Verbal Autism in children.

How Can Speech Therapy Support Children with Non-Verbal Autism?

There are a variety of ways Speech Therapy can support children and teenagers with Non-Verbal Autism to develop and strengthen their communication skills.

During your first session with a Speech Pathologist, they’ll focus on getting to know your child and your family and will begin to explore different assessments to establish your child’s current communication abilities.

Types of AAC include:

Once a communication option has been identified, Speech Therapy sessions will focus on teaching your child to use it and get comfortable with that form of communication. The more practice here, the better.

The use of AAC does not mean that your child will never learn how to verbalise their communication. In fact, the use of AAC can actually help your child to develop their understanding of language and words. Paired with orofacial-focused therapy your child may be able to learn to verbalise words and communicate verbally with those around them over time, however this is not guaranteed.

If you’re interested in accessing support for your Non-Verbal child and you’re based in Queensland, Australia, get in touch with the friendly team at SpeechEase Speech Therapy. We have clinics in Mackay, Townsville, and Brisbane that are ready to help you and your family.

*Please note all information is general in nature.