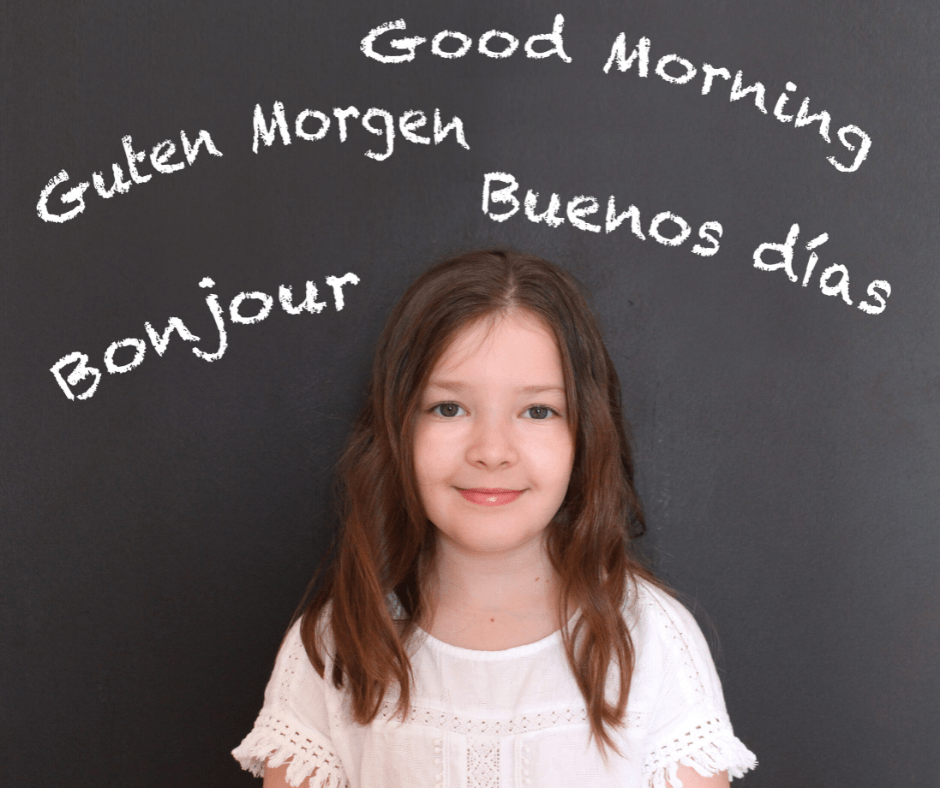 At the time of writing this article, we’re getting ready for International Mother Language Day (21st February). As passionate Speech Language Pathologists, we thought it would be the perfect time to discuss common myths about language development in bilingual children.

We understand that as a parent or a professional (like a doctor) you may have concerns around whether introducing multiple languages at once to a young child is a good idea. Will it be confusing? Will it impact their overall language development?

With best and current practices for working with linguistically diverse and bilingual populations in mind, lets explore some of the most common myths surrounding language development in bilingual children.

#1: Being bilingual causes a language delay.

This is simply untrue! This misconception may stem from the fact that a bilingual child’s vocabulary in each individual language may be smaller than average, however, the child’s total vocabulary (including both languages) will be at least the same as a monolingual child. Being bilingual in and of itself does not cause a language delay, however if a bilingual child is experiencing significant delays in reaching language milestones, they could have a language disorder and should be referred to a Speech Pathologist. (Sources:4,5,8)

#2: If a child mixes their languages in the same sentence, it means they are confused and are struggling with being bilingual.

This one is another myth, but it’s understandable that some parents, teachers, or professionals may be initially concerned. There’s actually a term for this one! “Code switching” or “Code mixing” describes when an individual (adult or child) uses different languages within the same sentence or conversation. This is a natural part of being bilingual – adults who speak multiple languages often code switch when they converse with others who speak multiple languages. (Sources: 3,4,5,8)

#3: Parents should adopt the “one parent – one language” approach when exposing their child to two languages.

The idea of this myth is that each parent should only speak one of the languages to the child. For example, Mum will speak in French and Dad will speak in English. While this is one way to raise a bilingual child, there is actually no evidence to suggest that this is an effective way to raise a child bilingually.

#4: You shouldn’t speak multiple languages to a child if they have a developmental or language disorder.

Often parents of children who have autism, developmental delays, or other disorders worry that speaking two languages might delay or otherwise impact their child’s language development. Thankfully, there is a growing body of research dismissing this myth. More and more valuable research is indicating that children with a wide range of communication disorders can become bilingual. Researchers compared the social language abilities of three groups of children with autism spectrum disorder (ASD) from Quebec and Ontario. Their findings suggested that children with ASD who were simultaneously bilinguals did not experience additional language development delays.

The researchers examined several language aspects such as social responsiveness, initiation of and response to pointing, attention to voice, vocabulary size, acquisition of first words, and phrases. In addition, their findings also indicated that the timing of the bilingual exposure did not affect the child’s language abilities but more importantly, the findings suggested that children on the Autism Spectrum can become bilingual.

How to Support Your Bilingual Child

As a parent of a bilingual child, there are many ways you can support your child’s language development in both languages simultaneously. Here are a few things to keep in mind when interacting with your child at home and while out and about.